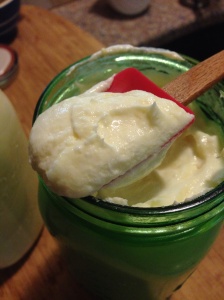 Looks good enough to eat but it’s definitely not edible. It’s sauce for doing your laundry. It’s an excellent stain remover. It’s easy to make. And it’s economical. Very economical!  You can do 128 loads of laundry for less than $2.00.  I like a bargain as much as the next person but the real reason I keep making this is because it works so well. 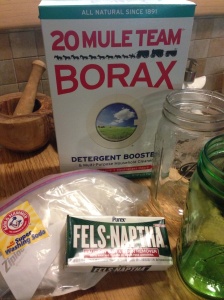 You’ll find all of these ingredients in the laundry section in the grocery store.

Cut the bar of Fels Naptha in half and then chop each half into little pieces. 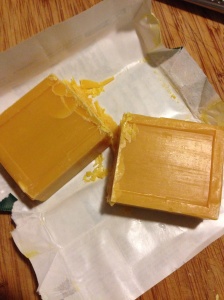 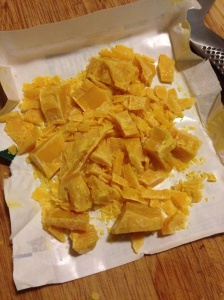 Put half the chopped up Fels Naptha in one jar, half in the other. Pour 1 1/2 cups of boiling water in each jar, cover, and let them sit until the next morning. 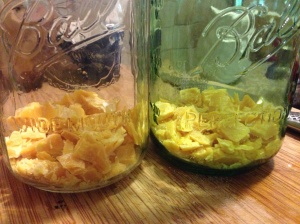 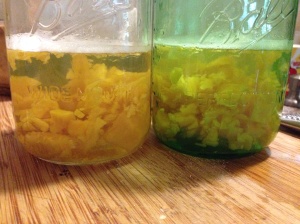 The next morning you can turn the jar upside down and the Fels Naptha and water will have gelled. Use a butter knife to score the gel. 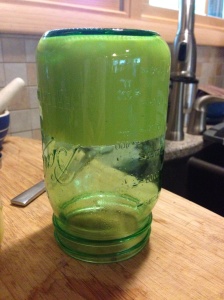 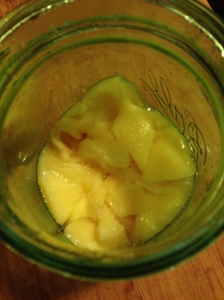 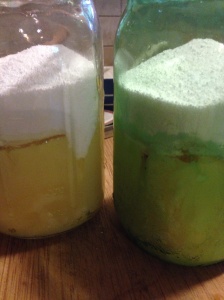 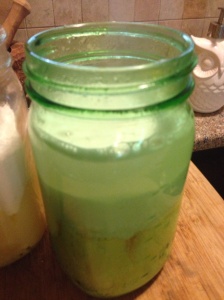 Using an immersion blender blend the mixture until it looks like mayonnaise.  Or if your mason jar will fit the base of your blender whip until smooth and creamy. If you don’t own an immersion blender or a regular blender scrape the contents into a deep bowl and whip with a hand mixer. Once it’s whipped use a rubber spatula to work it back into the jar. 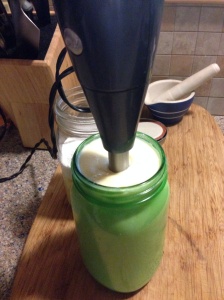 One tablespoon is all you need to wash a large load of laundry. Great for front loaders and high efficiency machines because it is low sudsing. 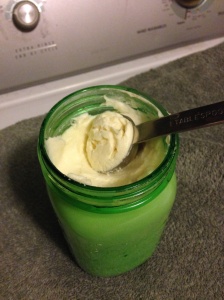 If you have a stain rinse the area with cold water and use some of the laundry sauce to pretreat. Everyone I know that’s made this sauce loves it!

I originally found this recipe on a site called Budget101.com.